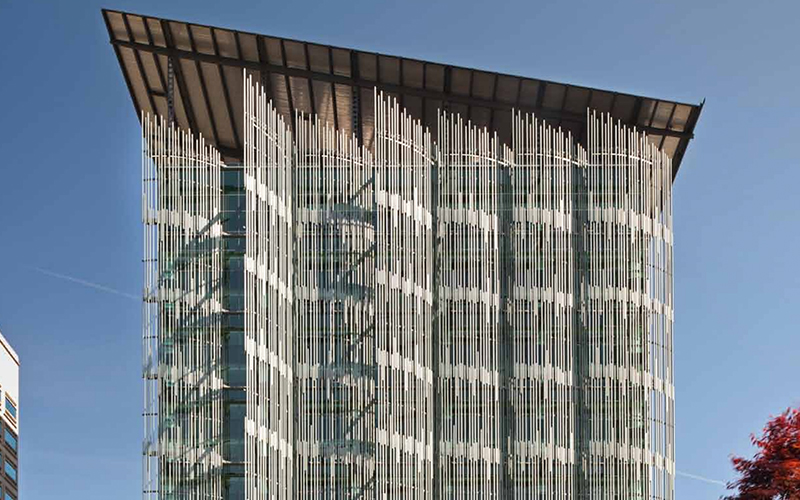 CHICAGO, June 19 – Four buildings, from the United States, Australia, the Netherlands and the United Arab Emirates, have been named the best tall buildings in the world for 2014 by the Council on Tall Buildings and Urban Habitat (CTBUH).

The four regional winners are:

An overall winner for the “Best Tall Building Worldwide” will be named from the four regional winners, following presentations from the owners and architects of each building, at the CTBUH 13th Annual Awards Symposium, which will take place at the Illinois Institute of Technology, Chicago, on November 6. The symposium will be followed by the Awards Ceremony and Dinner in the iconic Crown Hall, designed by Mies van der Rohe. The 10-Year, Urban Habitat, Lifetime Achievement, Building Performance and Innovation awards will be announced in the coming weeks, and will also feature at November’s awards events.

The Council received 88 entries from around the world for the Best Tall Building awards. The largest number of entries was from Asia, with a significant number also from Europe.

This year’s group of entries was remarkable in that it contained a number of fantastic renovation projects (including Winner, The Edith Green-Wendell Wyatt Federal Building, Portland; and Finalist, United Nations Secretariat Building, New York), projects that incorporated vertical greenery in new and exciting ways (including Winner, One Central Park, Sydney; and Finalists, Abeno Harukas, Osaka and Ideo Morph 38, Bangkok), and a variety of programs and uses that have historically not been accommodated in buildings, such as higher education (including Finalist, The Jockey Club Innovation Tower, Hong Kong). New horizons in form were pushed aggressively, yielding towers in “wheel” or “doughnut” shape and playing off proximity to water (see Finalist, Sheraton Tai Lake Resort, Huzhou), a twisting helix (see Winner, Cayan Tower, Dubai), and towers that curve in all dimensions (see Finalist the Point, Guayaquil, Ecuador).

“The submissions this year reflect the incredible diversity of tall buildings being built around the world,” said Jeanne Gang, awards jury chair and founding principal of Studio Gang Architects. “Even more so, they reflect the dawning of a global recognition that tall buildings have a critical role to play in a rapidly changing climate and urban environment.”

The CTBUH Best Tall Building Awards are an independent review of new projects, judged by a panel of industry experts. Projects are recognized for making an extraordinary contribution to the advancement of tall buildings and the urban environment, and for achieving sustainability at the broadest level.

Winners and finalists are featured in the annual CTBUH Awards Book, which is published in conjunction with a major global publisher and distributed internationally each year.

The Edith Green-Wendell Wyatt (EGWW) Federal Building is an existing 18-story, 512,474 square-foot (47,610 square-meter) office tower, completed in 1974. The building no longer met the functional or the energy and conservation requirements of the contemporary US government, so a major renovation project was undertaken. A mechanical upgrade was paired with a full replacement of the building envelope with a distinctive shading facade, affording better energy performance and a new lease on life.

This project achieves operational sustainability that would be admirable in a brand-new building, let alone a retrofit of a 1970s “energy hog.” The building has been transformed from a bunker-like, concrete-encased mass into a trellised volume that seems more lightweight by an order of magnitude, yet affords more floor space than the previous version. The transformation speaks volumes about the change in attitude of Americans toward their environment, and in the relationship between Americans and their government.

“Improving energy performance is an obligation of the building community, and it’s great to see the government meaningfully participating in that objective,” said Jeanne Gang, awards jury chair and founding principal of Studio Gang Architects. “This renovation project significantly expands the original design’s energy strategies, while, at street level, contributing to a more active urban experience.”