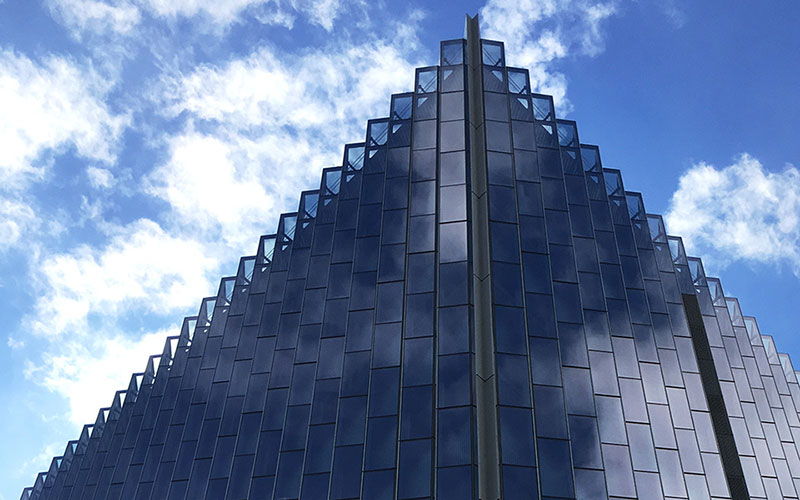 This 21st century LA Federal Courthouse designed by Skidmore, Owings & Merrill was brought to life with the help of Benson Industries. The 10-story 228,000 square foot courthouse features one floor of high-span storefront glass with the federal seal imprinted on the glass.

Architect Magazine explains in a featured project article how the use of glass illustrates the democratic openness of the judiciary system to allow in as much light as possible, and to make the people entering the building feel comfortable. José Palacios, AIA, a design director at Skidmore, Owings & Merrill goes on to mention how the façade influenced the building’s design.

“Ideally we would have oriented the building to face north, but that would not have been a civic orientation.”

“Instead of orienting the building, we oriented the façade,” Palacios says.

Over the past few years, Benson has collaborated with Skidmore, Owings & Merrill on a number of projects including Manhattan West, Long Beach Civic Center, 252 West 57th, Citigroup NY and the LA Federal Courthouse.