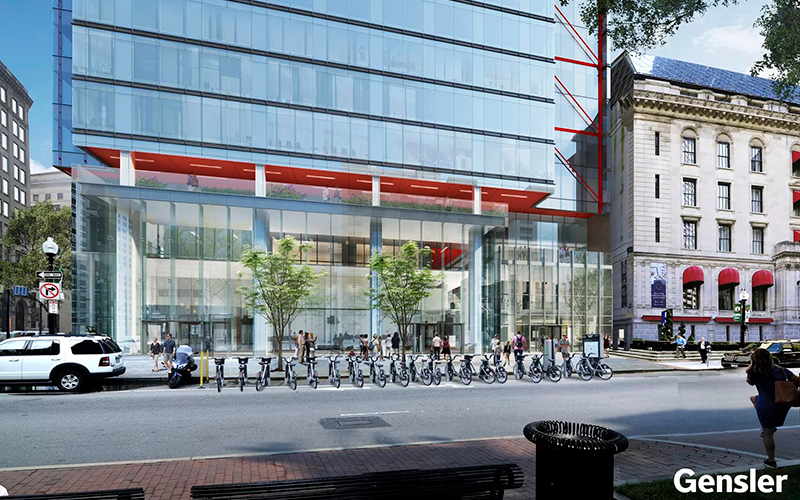 A Beacon For Downtown Boston: The One Post Office Square Project Officially Begins

One of our newest projects officially started this month with the signing of One Post Office Square in downtown Boston, Massachusetts. This project, when completed, will be highlighted by a new glass curtainwall developed by Benson Industries creating “a beacon for downtown Boston,” according to the building owners. Benson will be working with the project contractor, John Moriarty and Associates.

“This is an ambitious building re-purposing project with new curtainwall going onto both existing and new structure,” stated Jeffrey C. Heymann, Vice President of Business Development at Benson Industries, “The upper floors will remain occupied during construction and the new curtainwall will be installed over the existing precast and glazed window system.”

This highly anticipated project was featured in an article in January’s Boston’s Curbed website with renderings from Gensler.

“The owners of One Post Office Square in Boston’s Financial District have filed plans with the city to basically sheath the 41-story office building in glass.

Those changes—which have been anticipated for months—would include a three-story glass pavilion at the tower’s base. That pavilion would include nearly 8,000 square feet of retail and restaurant space as well as a public passageway between One Post Office and the adjacent Langham Hotel.”