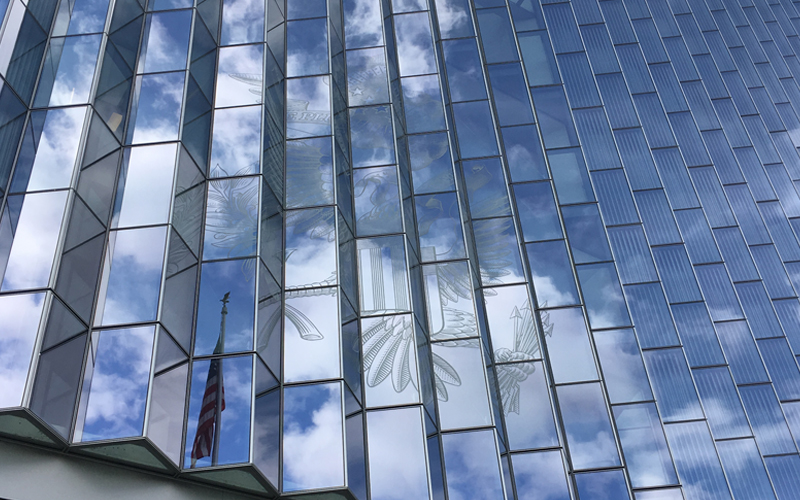 The American Institute of Architects (AIA) has announced that the New United States Courthouse in Los Angeles has won a Committee on the Environment (COTE) Top Ten Award. Now in its 22nd year, the awards program highlights 10 projects annually that successfully integrate design excellence with environmental performance. Each project must also meet COTE’s rigorous criteria for social, economic, and ecological value.

Located on a prominent block in the Civic Center neighborhood of Los Angeles, the 10-story, 633,000-square-foot building contains 24 courtrooms and 32 judicial chambers. The awards jury remarked it was “impressed with the quality of the calm, light-filled interior spaces for occupants,” which include the U.S. District Court of the Central District of California, the U.S. Marshals Service, and the U.S. Attorneys’ Office and Federal Public Defender.

Sustainability was a driving factor for the design of the courthouse. The building achieved LEED® Platinum certification and meets the GSA’s 2020 energy objective. It includes a variety of sustainable design features, such as a rooftop photovoltaic array that can generate 507,000 kWh of renewable energy on an annual basis. The courthouse also incorporates a pleated facade system, which the jury described as an

“elegant technical invention to harvest light and reflect heat” that also “distinguishes the building from its surroundings appropriately.”

Learn more about the award on the American Institute of Architects website.

New Renderings Fly Through the Future of Manhattan West