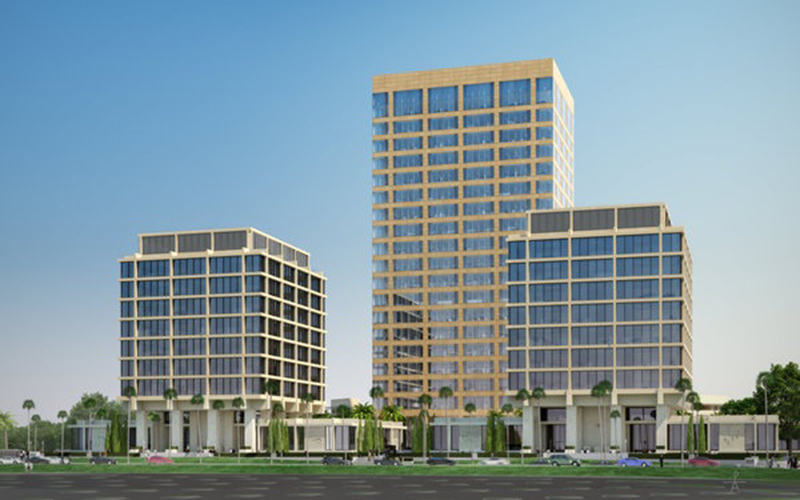 Irvine Co. will add a 19-story tower to its Newport Beach headquarters, a structure that is being designed by the architecture firm responsible for the glass pyramid in the courtyard of the Louvre in Paris.

Construction on the building at 520 Newport Center Drive is expected to begin early next year and be completed by the end of 2014, the Daily Pilot reported. Pei Cobb Freed & Partners Architects of New York designed the roughly 300,000-square-foot tower.

The firm’s I.M. Pei is a widely known architect whose has designed museums, concert halls and buildings around the world, including the John F. Kennedy Library in Boston.

Architect William Pereira’s original 1960s Irvine Ranch master plan included the first concept for the tower that will be built in Newport Center, the company said in a statement.

Irvine Co., which owns Fashion Island and Irvine Spectrum and developed the city of Irvine’s master plan in the 1960s, operates from the Newport Center complex and University Research Park in Irvine.

The new building will follow a spate of Newport Center construction projects, including the Newport Beach Civic Center and an ongoing expansion of Fashion Island.